In the Arena #1 – New Activism Blog by Dafna Tachover

In the Arena #1 – New Activism Blog by Dafna Tachover 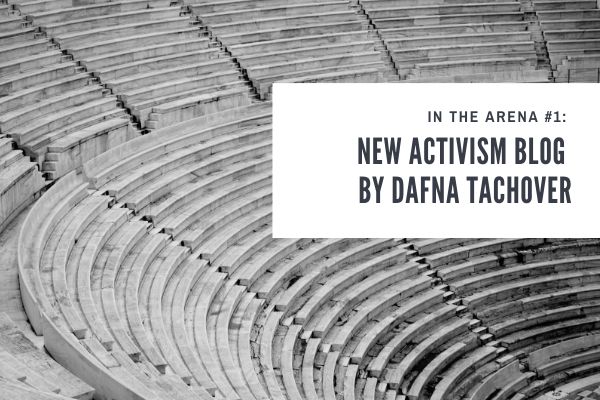 Many of you have participated in the EMF Hazards summit and/or read Nick’s book. You have become aware of EMF harms and have been learning how to reduce exposure and protect yourselves and your families from harmful man-made EMFs, mainly in your homes.

Learning about the harms of EMF, especially of Radiofrequency-based wireless technologies including 5G and how to protect yourself is important. But it is not enough.

This technology is not only destroying our health, our children, the environment and our planet, it is also creating control grids and a dystopian future, which to a large extent are already present. We all must do what we can to create change on this issue.

Therefore, Nick and I thought it was important to educate his audience about the efforts by those of us on the ground in order to engage you in this work and get your support and participation. To this end, each month I will provide you with updates about important developments, resources to share, and activism efforts where we need your help. The blog is called “In the Arena,” a reference to Theodore Roosevelt’s famous “the man in the arena”/ Citizens of the Republic speech.

Activism on our issue is extremely complicated. The preemption of our rights when it comes to 5G & wireless is unprecedented. Almost all of our rights to object to this technology, even in our homes, have been taken away by FCC regulation, and this technology is considered a matter of national security. Recently, a government agency has definded “5G misinformation” as terrorism and the European Union has done the same in June of 2020. Our best chance of creating change is by coming together and capitalizing on the growing number of people who are now truly informed. 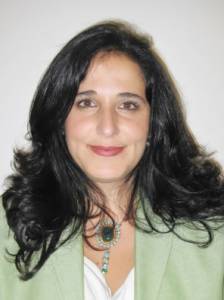 To those of you who don’t know me, let me introduce myself. I am an expert on the issue of 5G and wireless harms. I am also an attorney in NY and Israel and have a technology background from my service as a Telecommunication and Computers Officer in the Israeli Defense Forces.

Since 2012, after becoming injured from wireless technology myself and developing “Microwave Sickness” (also known as electrosensitivity), I have been one of the leading experts and advocates on the wireless harms issue globally. I was at the Federal Communications Commission (FCC) office on July 14, 2016, when the agency announced 5G, and with three other activists started the global campaign against it.

I have worked on the federal, state and local levels, educating, lobbying and awakening communities around the country, and I have led groundbreaking litigation on this issue.

I am the founder of We Are The Evidence, an organization which advocates for the protection of the rights of the many adults and children who have been injured by wireless technology. Until October 2021, I led the Children’s Health Defense’s (CHD) 5G & Wireless Harms Project.

During my time at CHD I initiated and led its historic win against the FCC, challenging the agency’s obsolete health and safety guidelines. I also led CHD’s challenge of the FCC OTARD rule amendment that allows the installation of base station antennas on homes while preempting all state and zoning laws. I also filed an amicus brief on behalf of 81 organizations in a Pennsylvania Supreme Court case challenging PA’s smart meters mandate law. In 2012, I initiated and led a Supreme Court case in Israel to replace the use of Wi-Fi in schools with wired networks, a case that led to the first limitations on Wi-Fi use in schools worldwide.

Albert Einstein said: “The world is a dangerous place, not because of those who do evil, but because of those who look on and do nothing.” We all must do what we can to create change. Educating the masses is where our biggest opportunity lies and where you can be very effective. Keep educating yourself and others. Speak the truth and spread it.

Please consider also supporting our work by making a donation. We depend on them to continue our work.

from wireless infrastructure and devices an imminent hazard to public safety. The FDA has failed to properly review the evidence on the issue of wireless harms even though it is its job to do so. Please file a comment. ART provides tips and insights for writing comments.

Is 5G the Enemy – Del Bigtree’s Interview with Dafna Tachover. The interview also discusses the interference of the new 5G networks with critical airplane systems.