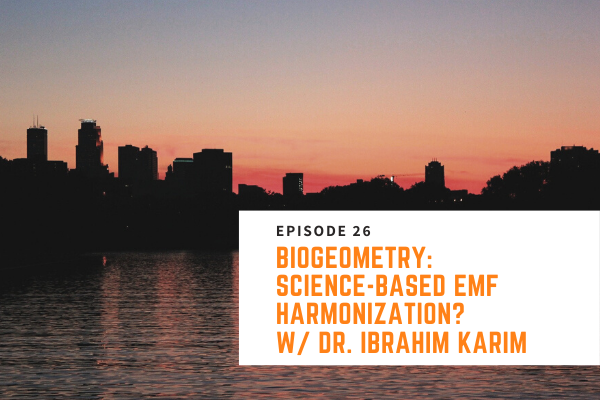 Dr. Karim is the founder of BioGeometry, a qualitative science which uses the subtle energy effect of geometrical shapes to induce harmony to our modern technological or natural environments. His “EMF-harmonizing” technologies have been used with great success to minimize the effects of electro-pollution in two very large scale projects in Switzerland.

In this episode, I explore what I consider is one of the most promising developments in EMF-harmonizing devices, and pick Dr. Karim’s brain about his unconventional approach.

Discussed during this episode:

NOTE: This content is based on Nick’s opinion and is provided solely for entertainment purposes. You should do your own research when searching for information regarding health issues and always review the information carefully with your professional health care provider before using any of the protocols or recommendations presented on this podcast. The information provided is not intended to replace medical advice offered by a physician or other licensed health care provider.

This EMF Protection Course helps you and your family to dramatically minimize your exposure without breaking the bank.

Visit the course website to get more information on this six-week online course, and start protecting yourself and your loved ones.